The Resilience video our video production team created to help tell Noelle Lambert’s story took a lot of pre-production planning, camera operating skills, talented direction and hard work. Take a look at some of the behind the scenes action below to get a better idea of what goes into creating a compelling video.

Noelle Lambert, Team USA Paralympic Runner, prepared for the on location video shoot by getting into her training mindset.

One of our many talented camera operators also got into the spirit of working out and used an exercise ball to capture the best angles for this video shoot.

Paralympic athlete Noelle Lambert stands strong, tall and proud for the camera. Noelle is the epitome of strength, resilience and courage.

Our video production team used creative lighting to give the final resilience video a no nonsense gritty feeling.

Noelle impressed our whole video production crew with not only her mental strength, but her notable physical strength as well.

We also captured B-Roll footage of Noelle in her element on the track with her running prosthetic. Noelle started her own organization called the Born to Run Foundation, which provides young amputees with specialized prosthetics that enable them to live out their athletic dreams. She personally understands the importance of a good running prosthetic and gives back as much as she can.

We also made sure to schedule an on location interview with Noelle’s running coach to shed more light on Noelle’s training process.

Noelle inspires all of us to realize “you can do anything you put your mind to”. She keeps her focus on her goals and trains tirelessly to reach them. Noelle will be competing in the Tokyo 2021 Paralympic Games representing Team USA in track. The future looks bright for Noelle Lambert.

To see the full video and learn more about Noelle’s journey and story, check out our blog post here. You can also see more of our work in video production, commercial photography, CGI, animation and much more on our website www.indresano.com.

Noelle lost her leg in a moped accident at just 19 years old. She quickly adapted to her new circumstances and trained tirelessly to become the Paralympic athlete that she is today. She also founded the Born to Run Foundation to provide young amputees with specialized prosthetics that enable them to pursue their athletic dreams. Noelle was also named the 2020 L’Oreal Paris Women of Worth National Honoree

Learn more about Noelle and her incredible story by watching the full video our team shot, directed, produced and edited below.

Our video production team had the privilege of creating, producing, directing, and editing a video to help USA Paralympic athlete Noelle Lambert tell her story of resilience. Noelle lost her leg in a moped accident at 19 years old. She immediately adapted to her new situation and tirelessly trained to become the Paralympic athlete she is today.

Our Boston based video production team traveled to multiple locations, interviewing Noelle, her family and coach to capture and convey her amazing story. Check out a teaser of the full length video below.

You can view the full length video to learn more about Noelle’s story here. You can also see more of our video production work on our website www.indresano.com. Make sure to check out our work in photography, CGI, animation and much more while you’re there 🙂

The team’s first objective was to collect stories. The most effective way to humanize the issue of homelessness is to spread personal stories, experiences, and words.

Our team had the opportunity to interview three homeless men, John, Ray, and Jamil, on the first day of the shoot. In the interviews, our team learned details about each man’s past that led them to homelessness, their struggles to find housing and their hopes and goals for the future.

Our team also had the distinct privilege of accompanying the outreach team on a particularly snowy night. Members of the outreach team supplied blankets, hot food, and other forms of support to members of Boston’s homeless community.

As this project progresses, we hope to bring further updates to our readers. For now, it’s back to work on the Pine Street Inn’s 50th anniversary video!

To see more of our video production work, check out our website at www.indresano.com/video

We had a blast handling all aspects of pre-production, shooting, editing, and producing the final video showcasing the magnificent Seapoint Estate! 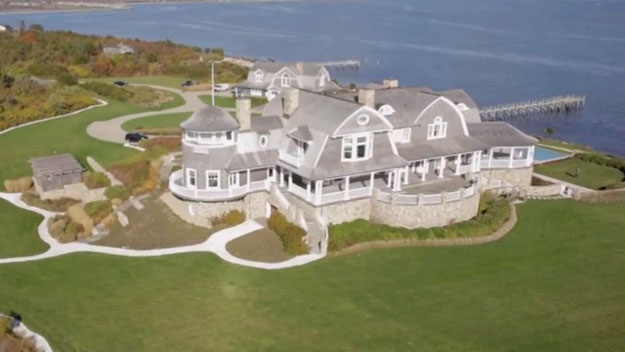 A special thank you to Robert Kinlin for his kind words and a big congratulations on the successful sale of the magnificent Seapoint Estate! We are so grateful to have gotten to handle the video production for this project. 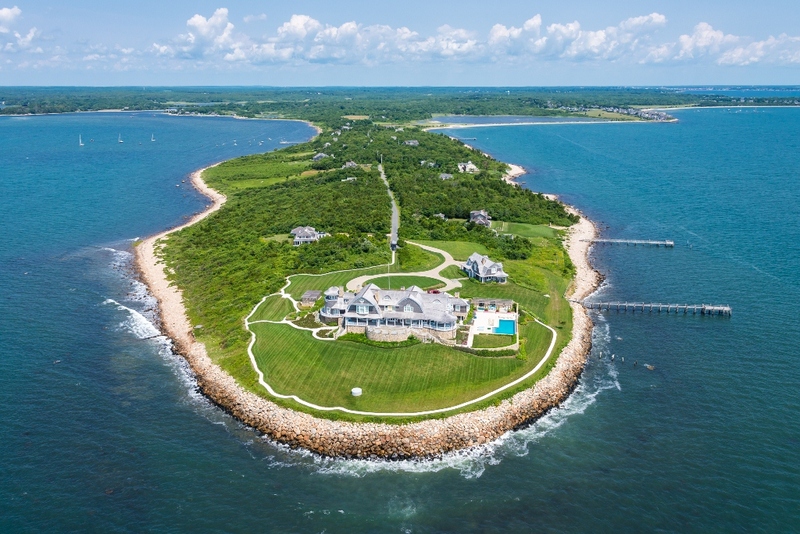 “Michael Indresano’s reputation for quality, perfection, and excellence made him the ideal person for this job. Only someone of his caliber could capture the fine craftsmanship, high quality, and sheer beauty of the Seapoint Estate. The video the Indresano team produced played an important role in displaying the magnificent  Estate. It was a pleasure working with Michael and his team.”                                -Robert Kinlin, Owner and Founder of Robert Paul Properties

Not only did we handle the shooting – including using drones for overhead shots – but we also took care of wardrobe, hair, makeup, casting, audio, lighting, and so much more. You name it, we did it! Here is a glimpse behind the scenes of this video production. 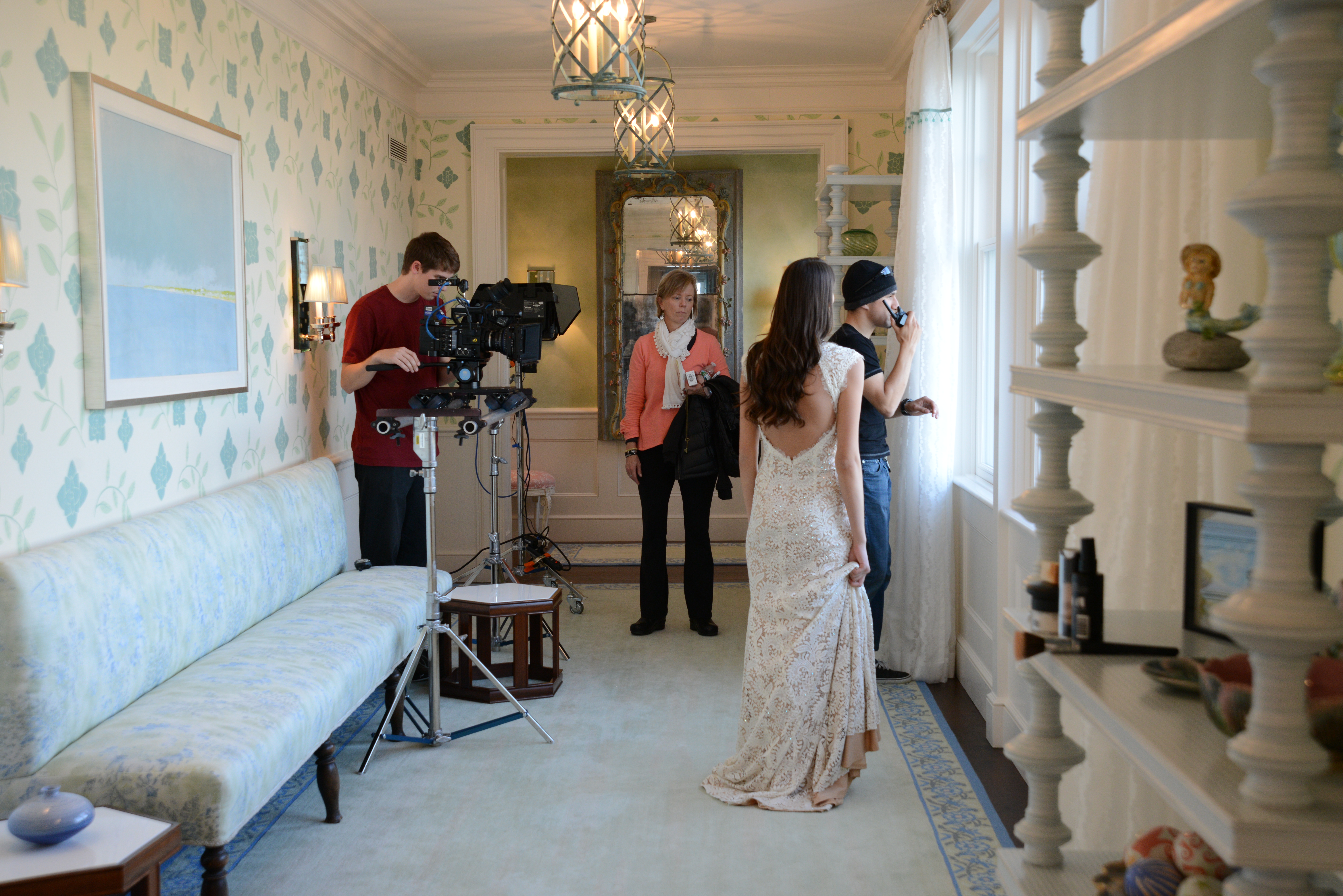 Our drone helped capture a breathtaking view of Sherry Spinale from Maggie Inc. running through the estate’s gorgeous green yard. 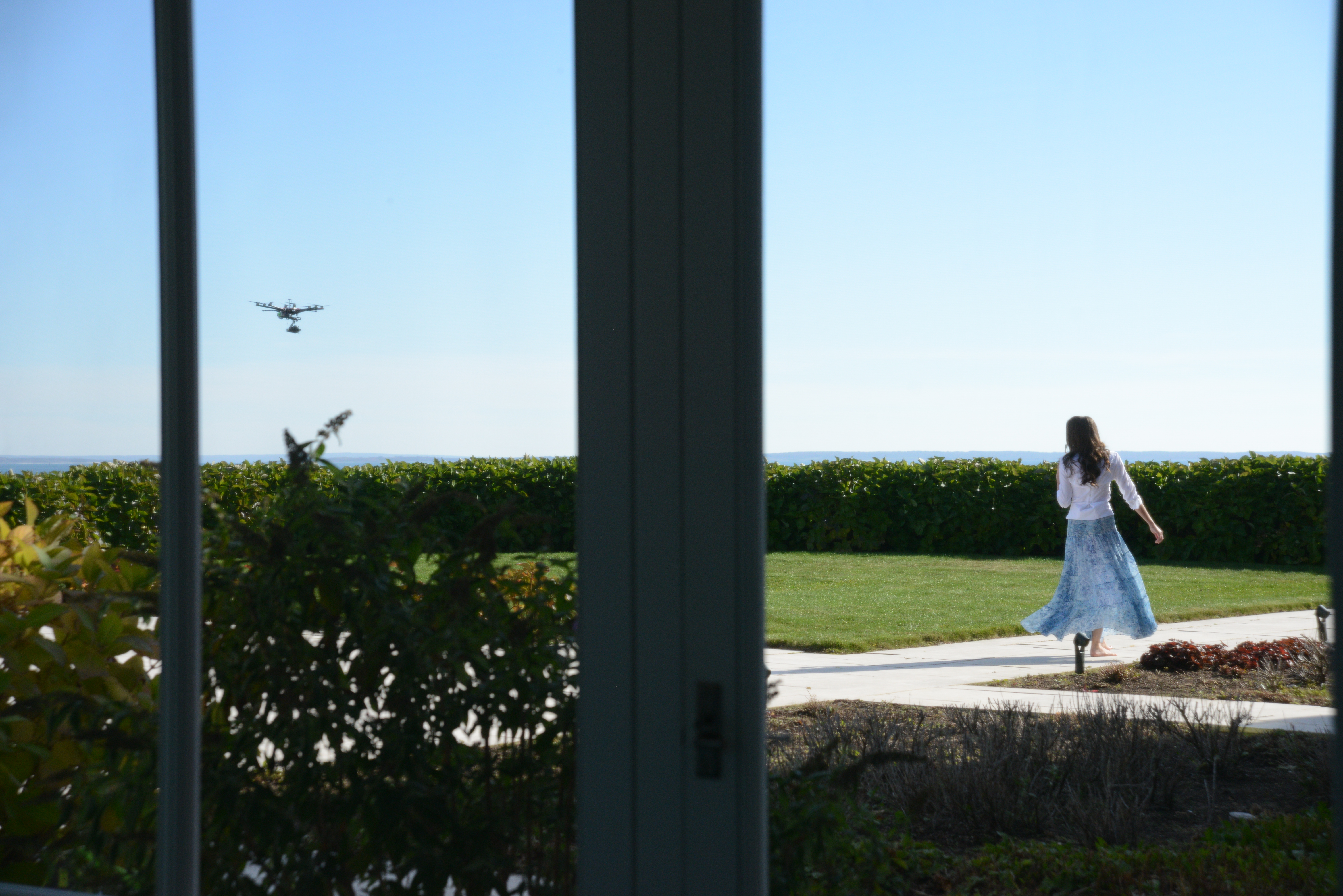 Of course we had to snap a quick picture of the amazing views. The sunsets at Seapoint Estate are unparalleled! It is the ideal location for a video production team. 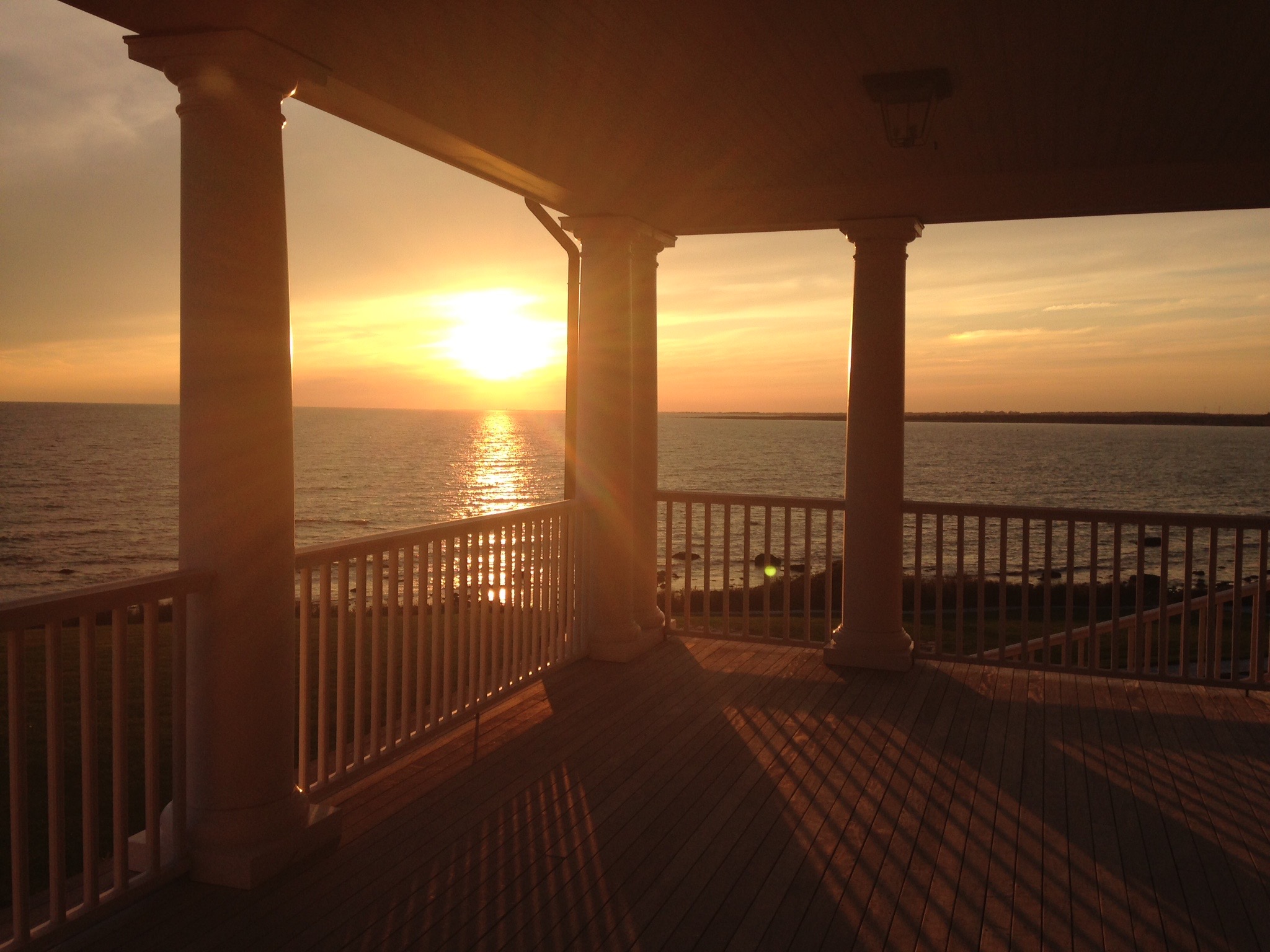 We are so grateful to have been given the opportunity to produce a video of this incredible property. Check it out below!