The average speed of a hockey puck flying across the ice in a NHL game is between 80-110 mph. What does it take to stop a projectile traveling at such a velocity? The answer is MORE speed. We found out just how that lighting reflex works when famed goalie Tuukka Rask from the Boston Bruins came to the studio for a video and photo shoot.

We had to get in close while filming the eyes that see what most people can’t. 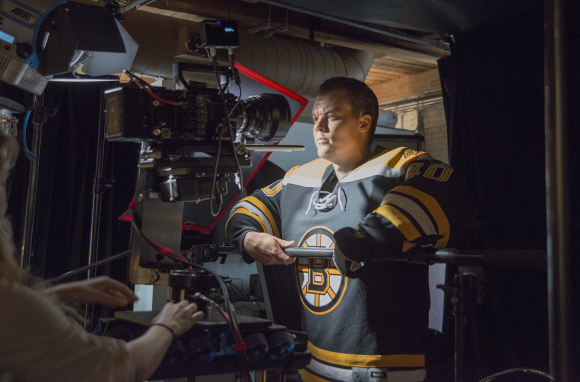 Michael preps a photograph of Tuukka adjusting his Franklin gloves. 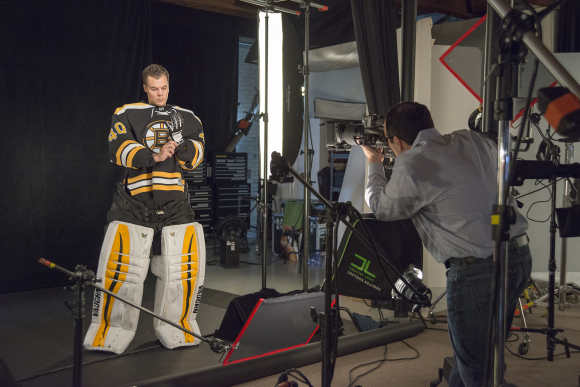 You have to be prepared before approaching a goal guarded by this stare! 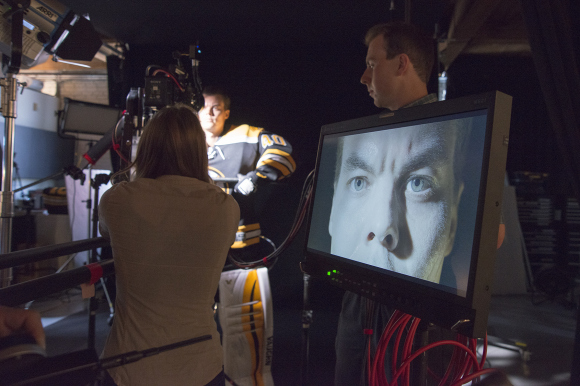 Nothing like a little smoke to add to the mood! 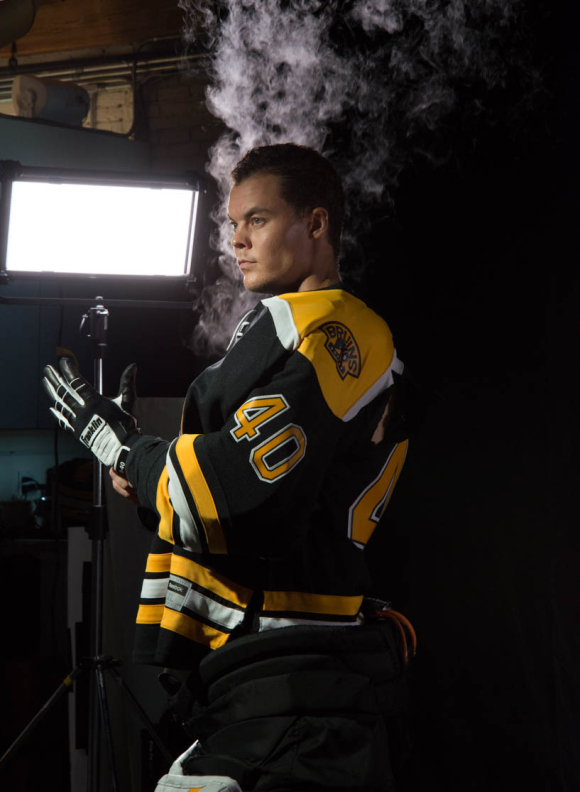 After the shoot, Tuukka got down low for some knee hockey with a few of his younger fans. 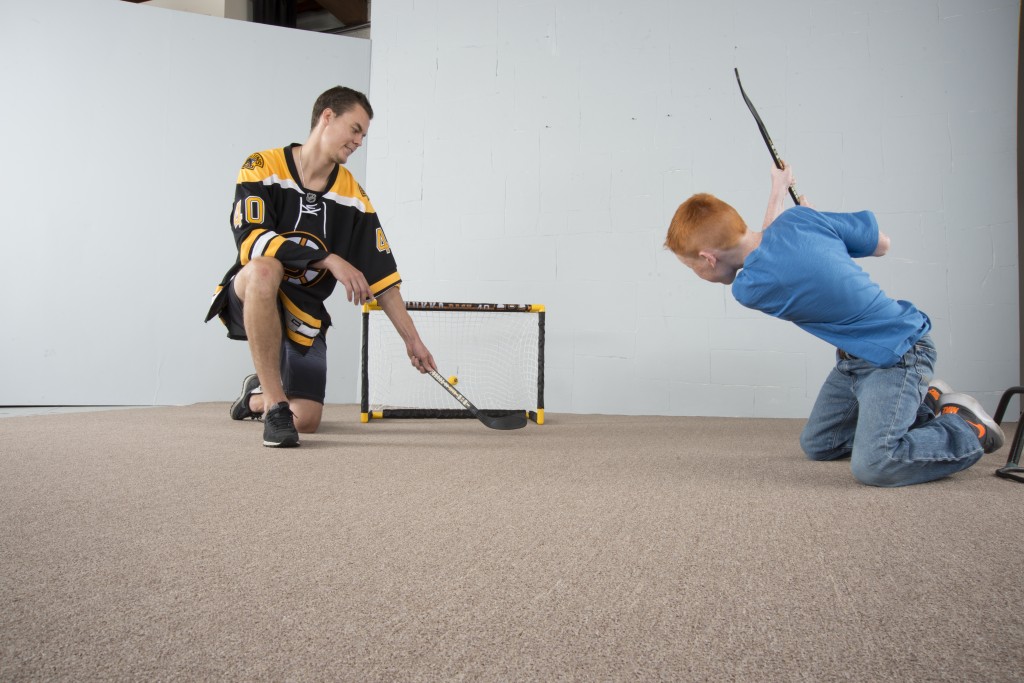 He wrapped up the day with autographs for the kids who attended the shoot! 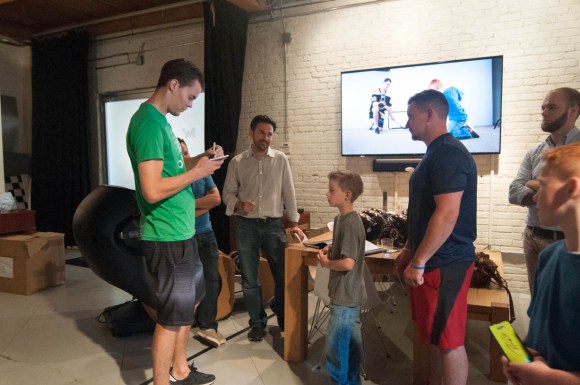 Check out the final video here:

…To say that we had fun with the Boston Bruins Ice Girls while they were in the studio is an understatement – we had an absolute blast! These girls brought so much energy to the set and we loved capturing that through both photography and video. 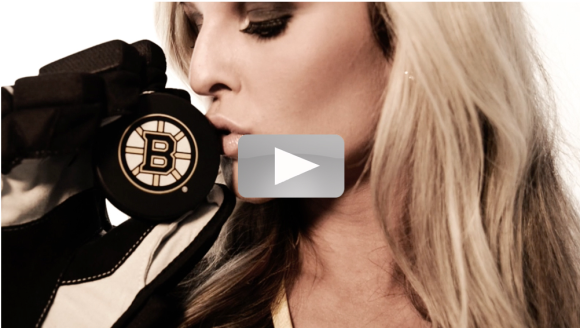 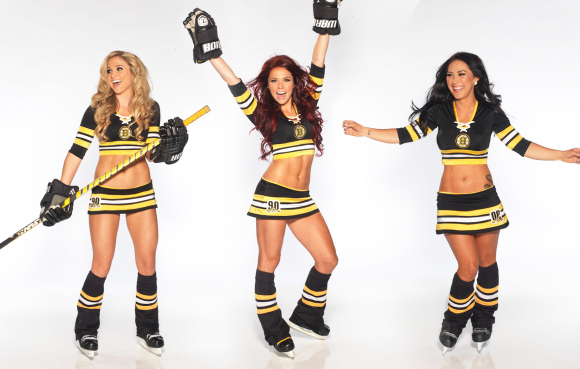 Lauren, Mariana, and Ashley and their 1000 watt smiles 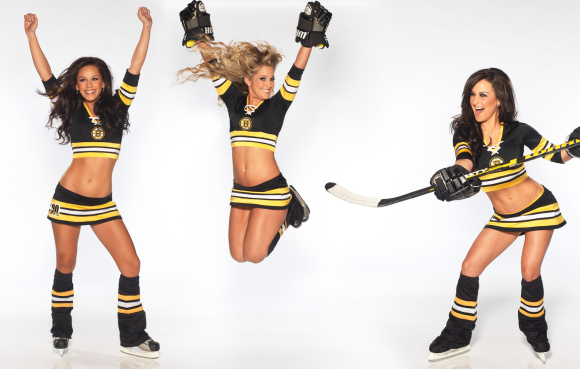 Jade, Danielle, and Deanna getting pumped up 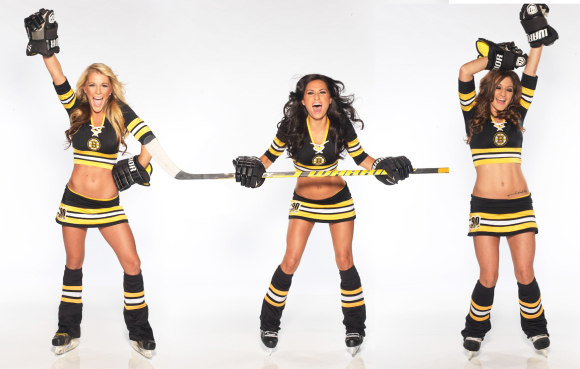 Nikki, Michelle, and Michaela show us their team spirit