You wouldn’t believe it if we told you, so we’ll show you instead. Before last months crazy blizzard, strong winds were blowing when we heard a tremendous crashing noise. We rushed outside and found a Cooper’s Hawk that had smashed into our window! In an attempt to fly south for the winter and escape the brutal cold & snow, the little guy made an unplanned detour at the studio!

Definitely not ready for a close up after that crash – OUCH.
_ 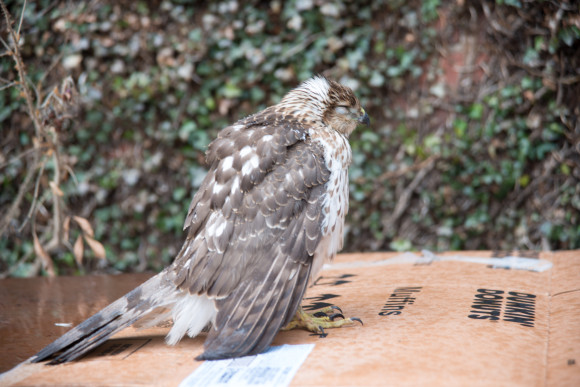 Amazingly the hawk was still alive, but pretty dazed from the impact.
_ 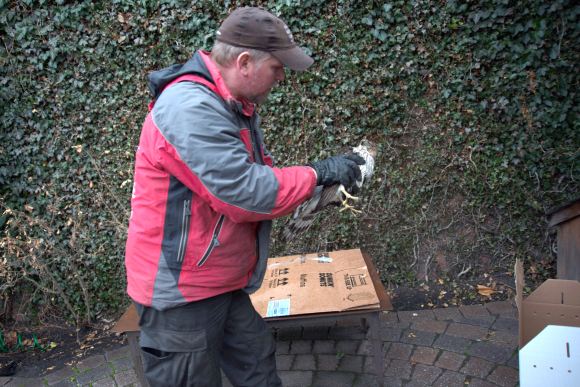 We immediately called animal rescue at MSPCA and they sent a field technician to recover the injured bird.
At the end of the day, we were all relieved and happy that the hawk survived and is in good hands.
_

One thought on “BIRD STRIKE!”